Legacy FHAT Set to Retire at the End of the Year

In 2008, the Hawaii Flood Hazard Assessment Tool (a.k.a. FHAT) made it’s debut. The FHAT is a GIS mapping application for displaying and viewing of the National Flood Insurance Program’s (NFIP), Flood Insurance Rate Map (FIRM) database and allows users to search for parcels throughout the state.  The existing FHAT had not been updated since it’s development until this past summer.  In August, major upgrades were deployed with the new and improved FHAT.  The upgrades integrate improvements to existing features, as well as, the addition of new features that have been requested by our loyal users.  For the past 4 months DLNR has maintained both versions of the legacy and new FHAT while users test and transition to the new tool.  At the end of the year, the legacy FHAT will officially retire.  To read more about some of the new features of the improved FHAT, download a copy of the October 2015 issue of the Wai Halana. 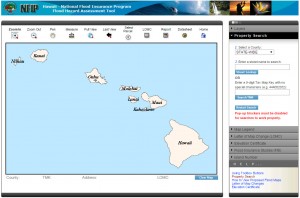 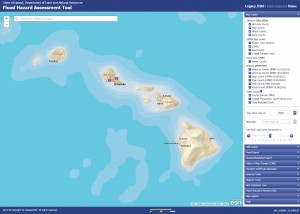